GrassrootsHealth launched a new project, D*action+Omega-3, on June 6, 2017. About one month after launch, 44 participants have completed all pieces (questionnaire, sample, received results). Below is a scatter plot graph of those results. 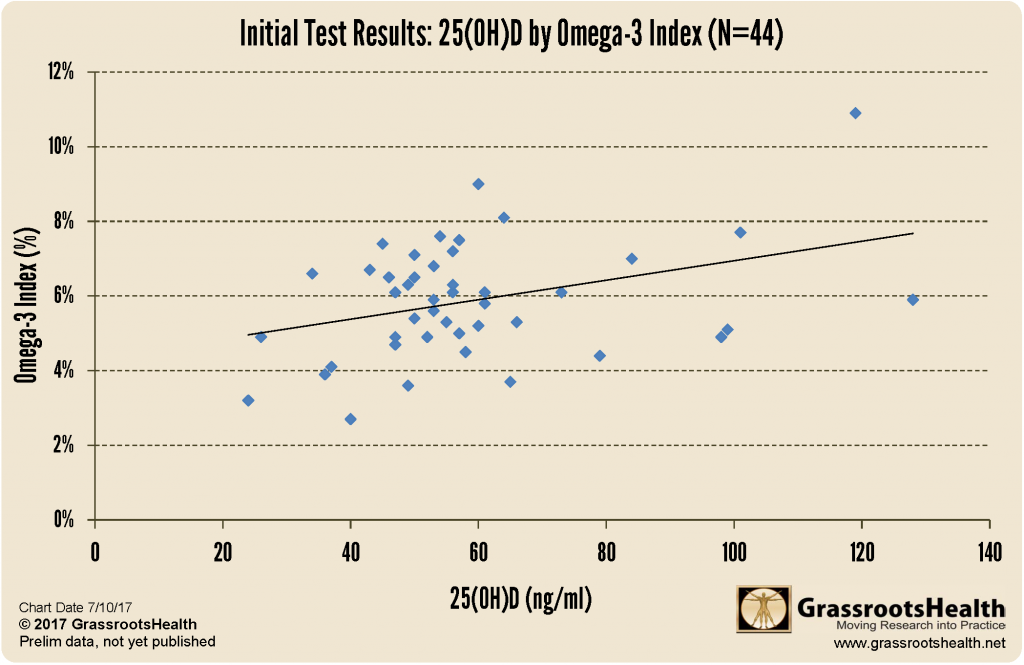 By September 2017, 135 people had completed the test, but still, most people are not within recommended ranges at first test. The optimal Omega-3 Index level target is suggested to be 8% or more. Less than 4% is undesirable, and 4-8% is the intermediate risk zone. The majority of Americans and Canadians are below 4%, while the Japanese typically are above 8% due to the amount of fresh fish they eat in their daily diet. Read more about optimal levels of omega-3.

Measure your vitamin D level and Omega-3 Index at the same time with D*action+Omega-3! 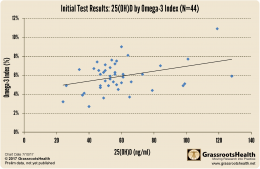