Several nutrients have shown promise in the prevention of cognitive impairment, Alzheimer’s disease, and other dementias. Studies have shown protective benefits from B vitamins, and from omega-3 fatty acids. Reviews of the research on omega-3s have also shown improved general cognitive performance, attention, and processing speed with both EPA and DHA, and improved memory function with DHA.

In an attempt to see if omega-3 status has an influence on the effect of B vitamins on cognitive impairment, Oulhaj et al. ran a randomized trial and published their findings in a 2016 paper in the Journal of Alzheimer’s Disease.

How did the study work?

The team enrolled 266 participants into the study, all of whom were at least 70 years of age and had mild cognitive impairment. Participants were randomized into either a high dose B vitamins (folic acid, B6, and B12) group or a placebo group for two years. Blood levels for several B vitamins, DHA, and EPA were measured at baseline and again at the end of the trial period, along with risk factors for Alzheimer’s disease. Cognitive tests were also performed at several time points during the trial. How do I know if my omega-3 levels are supportive of cognitive health?

What is your Omega-3 Index? Make sure you know your Omega-3 Index (target of at least 8%) and your vitamin D level (target of 40-60 ng/ml or 100-150 nmol/L), and are taking daily steps to keep both within range. Find out your levels today! Log on to the shop (click the link below) to get your tests and see for yourself if your levels can be improved.

How can I track my omega-3 intake and resulting level?

To help you track the omega-3s you are getting in your diet, along with your resulting Omega-3 Index, GrassrootsHealth has created an online tracking system called myData-myAnswers. You can track any of your supplemental and dietary nutrient intakes to see how they impact your levels and overall health. Check it out today!

Taking B Vitamins for Cognitive Health? You May Not Get the Effect You Need without Enough Omega-3s! 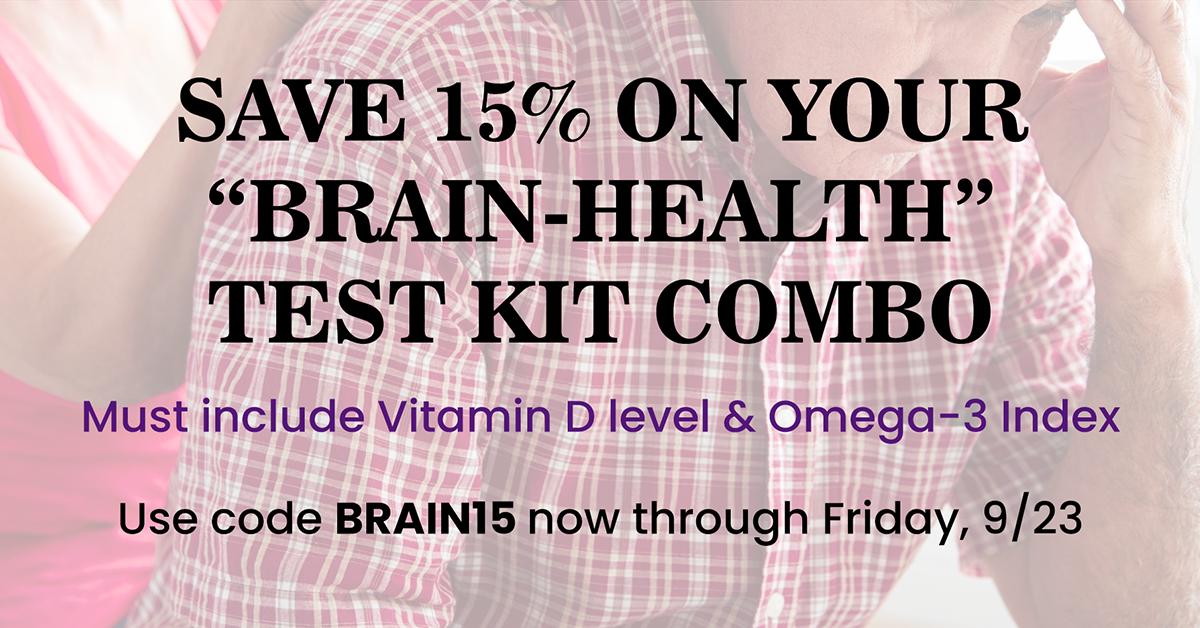