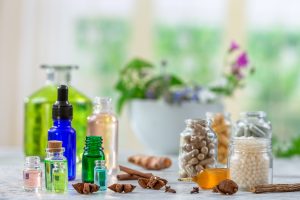 (OMNS December 16, 2019) The 36th annual report from the American Association of Poison Control Centers shows zero deaths from any vitamin. Supporting data is in Table 22B, p 1412-1413, at the very end of the report published in Clinical Toxicology. [1] It is interesting that it is so quietly placed way back there where nary a news reporter is likely to see it.

On page 1407, a single death is attributed to an “Unknown Cultural Medicine” and five fatalities are alleged to have been caused by some “Unknown Dietary Supplements or Homeopathic Agents.” The obvious uncertainly of such listings diminishes any claim of validity. Something caused those six deaths, but investigators simply have no idea what it was. So they blame a supplement or natural remedy. It is a bit like a homicide detective telling a judge that murders were committed by either a man, or a woman, or an animal, using perhaps a knife, gun or claws. Few magistrates would issue warrants accordingly.

Throughout the entire year, coast to coast across the entire USA, there was not one single death from a vitamin, mineral or any other nutritional supplement. If supplements are allegedly so “dangerous,” as the FDA, the news media, and even some physicians still claim, then where are the bodies?

Comments and media contact: [email protected] OMNS welcomes but is unable to respond to individual reader emails. Reader comments become the property of OMNS and may or may not be used for publication.