Protect our Children NOW! has been running at the Medical University of South Carolina (MUSC) since September 2015. They have analyzed data through December 2016 and found that preterm birth rates at MUSC have been reduced since implementing this new vitamin D protocol on all pregnant women. 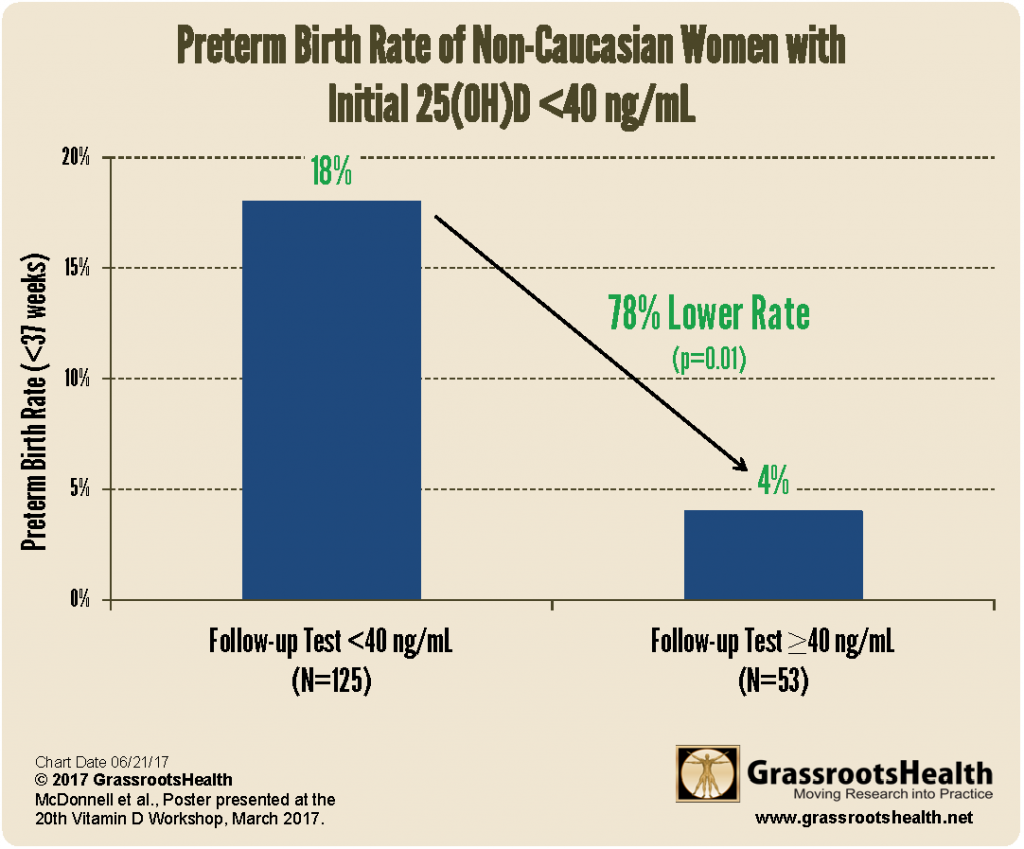 For non-Caucasian women who received two vitamin D tests during their pregnancy (one at their first prenatal visit, another after they followed the new vitamin D protocol), there was a 78% lower preterm birth rate for those that raised their vitamin D levels, by the second test, above 40 ng/ml (100 nmol/L), as compared to those that remained below 40 ng/ml (50 nmol/L) throughout their pregnancy. 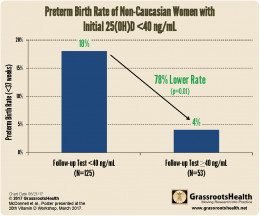