99% of Alzheimer’s is not caused by genes but is the direct result of diet and lifestyle factors – and is predictable from as early as age 35.  By starting early with positive prevention steps, researchers estimate that a person’s risk could be cut by as much as two thirds. 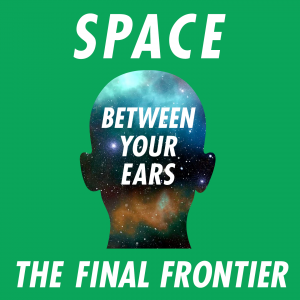 Food for the Brain (Sept. 28, 2022) Is Alzheimer’s preventable? On November 1st a group of world experts on Alzheimer’s are giving an on-line 3 hour masterclass to show that 99 per cent of Alzheimer’s is not caused by genes but is the direct result of diet and lifestyle factors – and is predictable from as early as age 35. “It is largely a preventable disease and we know quite a lot about what people need to do to help prevent it.” says Professor David Smith from the University of Oxford, whose research has shown up to 73 percent less brain shrinkage(1), and no further memory loss(2), giving B vitamins. He is one of eight experts talking at the masterclass – see https://foodforthebrain.org/aipmasterclass/

The team of experts include Professor Jin Tai Yu, Director of the Institute of Neurology at Fudan University in Shanghai whose analysis of 396 studies(3) shows that there are eight main drivers – lack of B vitamins and brain fats (vitamin D, omega-3s), too much sugar and refined carbohydrates, lack of antioxidant nutrients found in fresh vegetables and whole foods, poor gut health, lack of sleep, stress and an inactive lifestyle. These are assessed in the free online test at foodforthebrain.org. “Homocysteine lowering treatment (with B vitamins) seems the most promising intervention for Alzheimer’s disease prevention” says Professor Yu. Having a high level at any age increases risk up to ten-fold(4). It can be lowered by taking a combination of vitamins B6, folate and B12.

The hottest discovery in Alzheimer’s is that B vitamins don’t work without omega-3 fats and omega-3 doesn’t work without B vitamins. Professor Smith’s research at Oxford in people with pre-dementia found 73 per cent less brain shrinkage compared to placebo and no further memory decline in those given B vitamins but only as long as they had sufficient omega-3. Thirty per cent of the trial’s participants ended the year with a clinical dementia rating of zero. Four other studies, in Sweden(5), China(6), France(7) and Holland(8), have recently reported the same finding – that you need both sufficient B vitamins and omega-3. This discovery explains why some earlier trials failed. Dr Simon Dyall, an expert in neuroscience and nutrition at the University of Roehampton and a Director of the International Society for the Study of Fatty Acids and Lipids, says “Omega-3 DHA supplementation appears to show the greatest promise.”

The next strongest risk factor is a high sugar intake and eating too many carbohydrates. Professor Robert Lustig from the University of California considers dementia a metabolic disease, just like diabetes. “It is foodable, not druggable. It is essential for brain health and dementia prevention to reduce your intake of not only sugar but refined carbohydrates.”

Eating more whole foods, vegetables and fruits is also vital. “Changes in diet, exercise and sleep throughout life will certainly prevent a large percentage of cases” says Professor Jeremy Spencer from the University of Reading, another speaker at the November 1st masterclass.

While the right nutrition helps the brain’s structure and function the neuronal network needs ‘exercise’. Professor Tommy Wood, who runs a neuroscience lab at the University of Washington, will explain how the decline in cognitive demands, be it from lack of exercise, cognitive or social stimulation later in life plays a central role in driving the structural and functional deteriorations of the brain(9). Dr David Vazour, an expert in gut health will be talking about the role of a healthy microbiome in prevention and neurologist and New York Times best-selling author of Brain Maker explains the 8 steps to upgrading your brain. To register your place visit https://foodforthebrain.org/aipmasterclass/

These world experts are working together with the charitable foundation Food for the Brain’s COGNITION programme that aims to dementia-proof our diet and lifestyle. “This could cut the risk of developing this terrible but avoidable disease by at least a third.” says Smith. It starts by taking a free online Cognitive Function Test at foodforthebrain.org followed by completing a diet and lifestyle ‘dementia risk index’ questionnaire that identifies exactly what a person needs to change to bring their dementia risk score close to zero. Already, 376,000 people have taken the test. The team are hoping to enroll a million people to become ‘citizen scientists’, and measure their reduction in risk with a personalized, interactive ‘brain upgrade’ app called COGNITION, launching on November 1st, tracking cognitive changes over time. By starting early with positive prevention steps, they estimate that a person’s risk could be cut by as much as two thirds.

Register for the conference at foodforthebrain.org/aipmasterclass

TORONTO, ON (October 25, 2022) – Your personal health and that of your family are the most important things...