Expertscape’s algorithms have placed two GrassrootsHealth Scientist Panel members, Dr. Michael Holick and Dr. William B Grant, in the top 0.1% of scholars writing about Sunlight over the past 10 years. This has earned them the “World Expert” title for sunlight!

Both Drs. Grant and Holick are also listed as top authors for both Vitamin D and Vitamin D Deficiency, along with several other GrassrootsHealth Scientist Panel members. Today we’d like to highlight some of the work of Dr. Grant. (We will feature Dr. Holick in an upcoming newsletter.)

Shortly after GrassrootsHealth director, Carole Baggerly, was inspired to establish GrassrootsHealth in 2007, after her personal experience with breast cancer, she met Dr. Grant at a cancer conference in Anaheim, California. On display at the conference was a poster showing results from a 2006 paper, The association of solar ultraviolet B (UVB) with reducing risk of cancer: multifactorial ecologic analysis of geographic variation in age-adjusted cancer mortality rates, by Dr. Grant and Dr. Cedric Garland. Baggerly arrived at the poster at 8 am and stayed until 12 noon, listening to all the conversations about the poster between Grant and other observers. From that day on, Grant became one of her leading vitamin D experts. Grant was then invited to join the GrassrootsHealth Scientist Panel, recommending a vitamin D serum level of 40-60 ng/ml (100-150 nmol/L) for optimal health.

Biography of Dr. William B Grant William B. Grant has a Ph.D. in physics from the University of California, Berkeley. He had a 30-year career in atmospheric sciences with an emphasis on developing and using laser radar (lidar) systems for remote sensing of atmospheric constituents with positions at SRI International, the Jet Propulsion Laboratory/California Institute of Technology, and NASA Langley Research Center.

He turned to health research in 1996, using the ecological approach to link dietary factors to risk of Alzheimer’s disease, resulting in the first paper linking diet to risk of Alzheimer’s disease (Grant, 1997). His next ecological study found that while animal fat was an important risk factor for coronary heart disease for men, added sugar (sweeteners) were for women (Grant, 1998).

In 1999, he obtained a copy of the Atlas of Cancer Mortality in the United States, 1950-94 (NIH Publication No. 99-4564) and noticed that for many types of cancer, mortality rates were much higher in the northeast than in the southwest. Building on the work of the brothers Cedric and Frank Garland, he used NASA satellite data for solar UVB doses in July 1992 in ecological studies to show that 13 types of cancer (eight more than previously identified) had mortality rates inversely correlated with UVB doses (Grant, 2002).

After retirement from NASA in 2004, he moved to San Francisco and formed the nonprofit organization Sunlight, Nutrition and Health Research Center. He has published several additional ecological studies related to the association of UVB and various cancers, autism, and dental caries, and several ecological studies on diet and Alzheimer’s disease, cancers, and rheumatoid arthritis. He has also carefully examined how observational studies and randomized clinical trials are conducted regarding vitamin D, resulting in several publications pointing out limitations of such studies and how they can be improved. Current projects include preparing a manuscript on the benefits of vitamin D for dark-skinned Americans and the role of diet in affecting vitamin D status in the Middle East, North African, and Mediterranean countries.

He has about 350 health publications listed at www.pubmed.gov, of which 260 are related to vitamin D, with 90 of these also on ultraviolet radiation and human health, and 43 on diet and disease. His works have been cited over 20,000 times according to Scholar.Google.com.

Below are some of our top picks from Dr. Grant’s published works – enjoy! Dr. Grant, along with Dr. Marc B. Sorenson, presents information from over 1,200 research papers that show regular sun may prolong your life and reduce your likelihood of disease.

Purchase through Amazon Smile and add GrassrootsHealth as your charity.

This is a review of recent RCTs and observational studies looking at cancer incidence and mortality in comparison to vitamin D levels. This review provides evidence that vitamin D levels of up to about 60 ng/ml (150 nmol/L) are inversely correlated with incidence and death from all cancer, with a larger effect on survival than on incidence. Also summarized is the current understanding of the mechanisms of vitamin D in reducing cancer risk and risk of mortality from cancer.

We have previously discussed the importance of nutrient study design, especially for vitamin D research. This paper highlights the need for a hybrid observational approach to vitamin D RCT design based on vitamin D levels, not just vitamin D doses, as well as other requirements based on vitamin D physiology.

This publication looks at the strengths and limitations of several types of studies used to evaluate the vitamin D – cancer prevention hypothesis, and highlights the evidence supporting that hypothesis.

Seasonal variation has been related to the US death rate, with a notable increase in winter, and may be linked to solar UVB doses and vitamin D serum levels. This paper is written to support the hypothesis that ensuring vitamin D serum levels of at least 36 ng/ml (90 nmol/L) year-round may reduce the death rate in the US substantially.

The potential harm of sun avoidance and the neglect of its positive effects on human health led GrassrootsHealth to host a seminar in December of 2014, Vitamin D for Public Health: Integrating Sunshine, Supplements and Measurement for Optimal Health, at the University of California San Diego. The purpose was to inform and to help initiate an action plan to restore a more balanced approach to solar radiation based on input by the conference speakers. Dr. Grant spoke on the topic of the Cost/Benefit of Optimal Health with Sunshine and Vitamin D.

The association of solar ultraviolet B (UVB) with reducing risk of cancer: multifactorial ecologic analysis of geographic variation in age-adjusted cancer mortality rates (2006)

This paper used improved models for explaining the variance in cancer mortality rates among Caucasian Americans to show an inverse association between fifteen different types of cancer and UVB irradiance, an association that is not affected when considering other cancer risk-modifying factors.

An estimate of premature cancer mortality in the U.S. due to inadequate doses of solar ultraviolet-B radiation (2002)

Among Dr. Grant’s publications, this paper is the one with the most citations. Its findings led to the Lappe et al. 2007 paper, Vitamin D and Calcium Supplementation Reduces Cancer Risk: Results of a Randomized Trial, among others. This work confirmed previous results showing an association between solar UVB radiation and a reduced risk of breast, colon, ovary, and prostate cancer, as well as non-Hodgkin lymphoma. Eight other types of cancer also showed an inverse relationship between mortality rates and UVB radiation.

How do I know if my vitamin D levels are supportive of good health?

Make sure you know your vitamin D level and are taking daily steps to keep it at a level of 40-60 ng/ml (100-150 nmol/L). Find out your levels today! Log on to the shop (click the link below) to get your tests and see for yourself if your levels can be improved.

How can I track my vitamin D intake and nutrient levels?

To help you track your nutrient intake and nutrient levels, GrassrootsHealth has created an online tracking system called myData-myAnswers. You can track any of your supplemental and dietary nutrient intakes to see how they impact your levels and overall health. Check it out today! 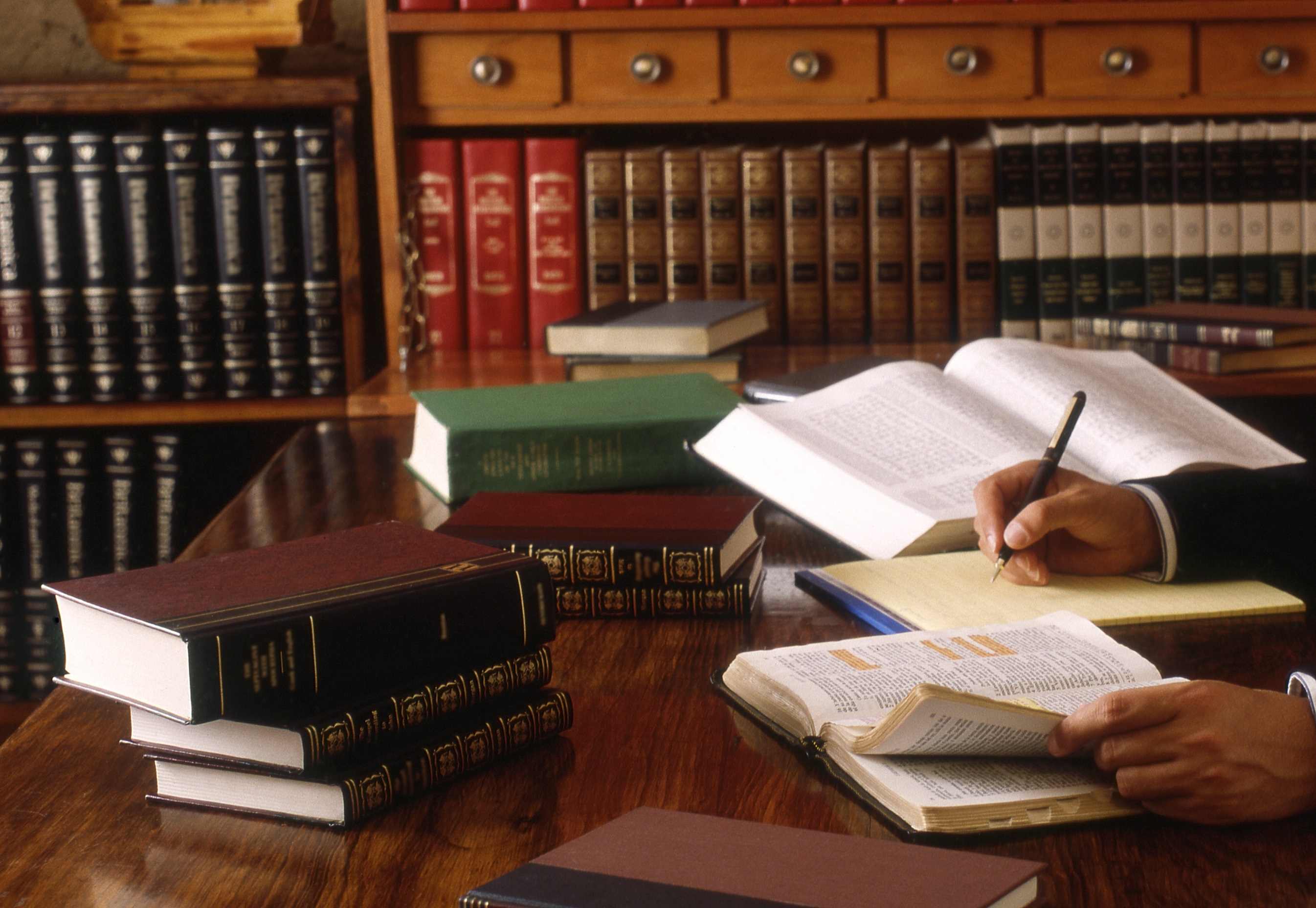