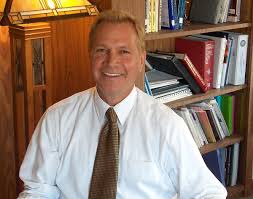 Frank Garland, circa 2000, in his UCSD office

Dr. Frank Garland, Professor of Family and Preventive Medicine at the University of California San Diego and Technical Director of the Naval Health Research Center passed away peacefully on Tuesday, August 17, 2010 at UCSD Thornton Hospital after contending with a nearly year-long illness with high optimism and courage.

Dr. Garland was born on June 20, 1950 in San Diego. He received a Ph.D. in Epidemiology from the Johns Hopkins University and began had a distinguished career in vitamin D research for cancer and disease prevention which spanned over three decades and resulted in numerous scientific articles and book chapters.

His interest in vitamin D began with a seminar where cancer mortality rate maps from the National Cancer Institute for the 3,056 US counties were being shown at Johns Hopkins. Dr. Frank Garland and his brother Cedric were startled to see that maps of breast and colon cancer mortality rates were twice as high in many counties of the northern tier of states than in the southwest. They immediately and simultaneously realized the importance of this geographic difference, and jointly formulated a theory that vitamin D and calcium were preventing adenocarcinoma of the colon and breast in the sunnier parts of the US.

Their theory was different from the conventional belief that sunlight was mainly a dangerous cause of skin cancer and a peril to be completely avoided. They marshaled evidence and proposed that vitamin D and calcium are capable of preventing cancer and published the first of their many papers on this topic in the International Journal of Epidemiology in 1980.

Dr. Garland’s largely descriptive study of sunlight and cancer mortality lead to the performance of two now-famous studies published by members of the Garland team and colleagues, in the respected international medical journal, The Lancet. The first was a 19-year historical cohort study in Chicago that found people whose vitamin D and/or calcium intakes were in the top fifth of the population had half the incidence of colon cancer as those in the bottom fifth. This was the first study to find an effect of oral intake of vitamin D or calcium on risk of cancer.

The second key paper by Frank Garland and his colleagues, was a nested case-control study that analyzed vitamin D concentrations in volunteers in Washington County MD. This cohort study collected blood from 25,000 volunteers, and showed for the first time that people with high concentrations of 25-hydroxyvitamin D in the serum had very low risk of colon cancer.

Both papers surpassed the 95th percentile for frequency of citation by other papers published in medicine and public health and have led to major advances in the understanding of the role of vitamin D in cancer prevention including its role in prevention of cancer of the ovary, kidney, bladder and endometrium. In 2006, the International Journal of Epidemiology re-published in its original form, Dr. Garland’s 1980 article concerning vitamin D and cancer mortality based on his geographic observations. The republication was followed by a set of scientific commentaries on the importance of this seminal research. Dr. Garland’s devotion to the pursuit of scientific truth about vitamin D and realization of its potential to benefit humanity is a major factor in the emergence of vitamin D as an increasingly accepted tool for reducing incidence rates of cancer and more recently, type 1 diabetes of children.