After studying two North-East German health cohorts, which included records from over 7,000 patients, researchers concluded that there is “an influence of vitamin D deficiency on health care costs in the general population.”

This study defined severely deficient as 25(OH)D levels below 10 ng/ml; deficient as below 20 ng/ml; and sufficient as 20 ng/ml or higher. Keep in mind GrassrootsHealth and 48 scientists still recommend 40-60 ng/ml, but these were the cut off points the researchers used for analysis. All participants were from the Pomerania region of North East Germany, about 52 degrees latitude. Approximately 8% of the patients were severely deficient, 41% were deficient, and 51% were sufficient. Women dominated the severely deficient group, while the other groups were more evenly matched between men and women.

After analysis there was an inverse relation between vitamin D level and health care costs. Just looking at hospitalization data we see

A subset of data, with over 4,000 participants, adjusted for sex, age, month of blood sampling, years of schooling, unemployment, equivalent household income, type of insurance (private vs. statuory), and waist circumference found the following results: In a separate study of six Veteran’s Administration Centers in the South-East US, researchers found that testing vitamin D levels, ideally more than once, lowered overall healthcare costs. Read more.

Do you want to lower your healthcare costs?

We recommend testing your vitamin D level and maintaining 40-60 ng/ml. Since there is a six-fold variability in achieved vitamin D levels – there is no one supplement level that is right for everyone. After you have your test results, we recommend using this calculator to approximate how much more you need to get to your desired level, then test again after 3-6 months of the new regimen to see if it worked for you. 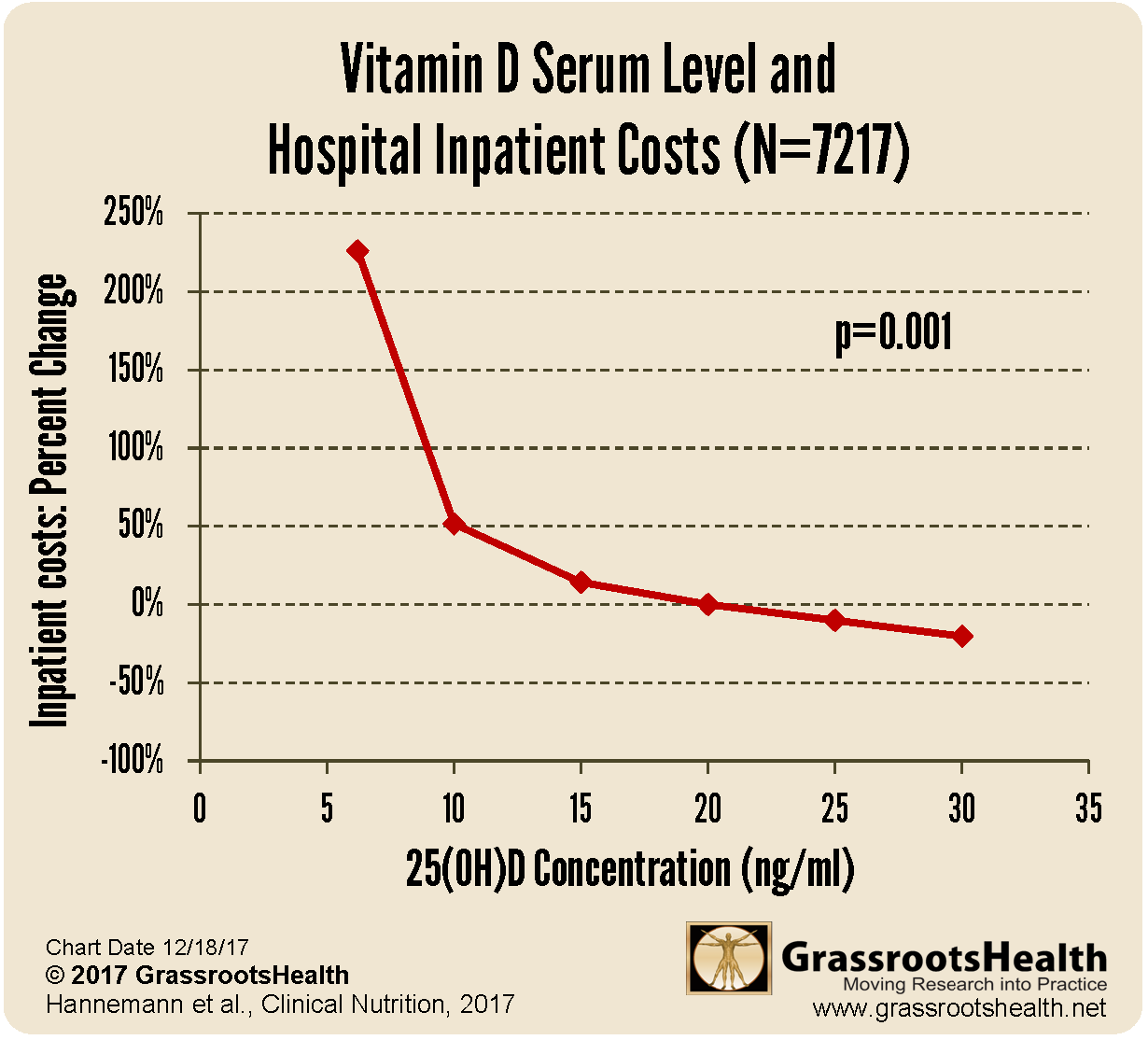