My name is Eva Cardoza King. I have been married for 33 years and have two beautiful grown daughters and two beautiful grandchildren. I live in the Sierra Foothills of Northern California where I moved after retiring as an administrator for a fire department in the San Francisco Bay Area seven years ago. I have a Masters in Public Administration and a BA in Behavioral Science.  I was a FEMA Reservist and was deployed to Brooklyn, New York for Hurricane Sandy in 2012.

How did you hear about GrassrootsHealth?

While trying to figure out what could help me with a severe case of laryngopharyngeal reflux (LPR, also known as silent acid reflux) that I had for 2 ½ years, I began putting together several theories for my illness. I came across GrassrootsHealth around 2013 and the information I found really helped me understand what caused my illnesses. I kept studying to understand the science. After I started taking vitamin D, I got better from two other health issues seemingly overnight while the severe LPR took two full years to slowly fade. None of my doctors ever thought about testing or treating me for low D. Even after my remarkable recovery, my doctors were indifferent to D3 putting me into “remission.” In fact, they were mute on the subject. GrassrootsHealth gave me the answers to so many questions.

After reading Carole’s remarkable breast cancer story, I realized that her questions echoed my deep concern for others suffering with no answers. It was a relief to know that there are scientists working on getting the word out.

How was your health before using vitamin D?

I had poor health my entire life. I’ve had anemia since I was a toddler and a total of 7 major surgeries throughout my life.

I developed other progressive illnesses as I got older. Some of the health issues I was diagnosed with were: anemia, poor memory, menorrhagia and amenorrhea, dry skin, varicose veins, melanoma, osteomalacia, high blood pressure, severe sleep apnea, plantar fasciitis, severe LPR, locked up shoulder blades, incontinence, and constantly sick with colds and flus.

Both my daughters were delivered via C-section. After the first, I had a low blood count; the surgeon would not do a blood transfusion as he felt it was too risky so I went home dragging for a year to take care of my baby. I became pregnant again within 20 months and had the same problems of barely dragging through, now taking care two babies.

For decades I was exhausted, had bone pain, weak muscles, thyroid illness (Hashimotos) so severe I couldn’t stay awake and finally had it removed in 2011, and knee pain due to arthritis. In 2009, I was told repeatedly by an orthopedist that I should stop exercising as the arthritis in my knees was so severe she could not believe I could walk.
I accepted, for over 60 years, that I had poor health and I dragged myself through life. I realize now since I’ve started taking D3 and getting sunshine on my torso that I must have had very low levels of vitamin D all those years. I feel very lucky to have figured this out before I lost my life. It is wonderful to feel as good as I do now. How much vitamin D do you take? How do you get it (sun or supplements)?

I added sunbathing in 2013; this pushed the final 10% of severe LPR into full remission, although sometimes it returns in the winter. I try to go out daily at high noon and expose my full torso with no sunscreen. I take a timer with me and get out of the sun before I turn pink. I put on a hat or long sleeves if I am in the sun for longer hours.

What is your vitamin D level? My first vitamin D test in July of 2011, in the middle of a summer filled with time out in the pool with my grandchildren, was 25 ng/ml (63 nmol/L). I suspect that for most of my life, when I did not spend any time in the sun, it was probably around 15 ng/ml (38 nmol/L), or lower.

This last year my vitamin D level at the end of summer was 82 ng/ml (205 nmol/L). In the winter, I notice my vitamin D level drops about 10 ng/ml without the summer sun on the torso. I have found that keeping my level around 80 ng/ml keeps the severe LPR in “remission.”

What would you recommend to others who are in a similar situation?

Read the science, test, and get your vitamin D level into the recommended range, 40-60 ng/ml (100-150 nmol/L). Get safe sunshine. Share your knowledge of vitamin D far and wide – especially with the people you love and care about.

It is wonderful to be healthy and without pain – I want to give this story as a gift to all the world’s populations. How wonderful it is to have quality of health, to live with as little illness as possible for as long as possible.

How do you tell others about vitamin D?

After unbearable suffering from 2009-2011 and almost losing my life, my research through GrassrootsHealth led me to realize that all my chronic illnesses of the past 6 decades were probably caused by low vitamin D. It made me wonder if I could in some small way contribute to getting the word out. It is easy to see ourselves in the stories of others, and that is how I came to write my book, A Lifetime of Misdiagnosis: Triumph over Illness, available on Amazon in kindle or paperback.

I also have a web site and am part of many message boards and Facebook sites for different illnesses where I share my story. I have written President and Mrs. Obama, my state legislators, my local Board of Supervisors and my local county health clinic, urging them all to look into the science of vitamin D and sunshine, and I always reference GrassrootsHealth.

I sincerely believe that 50-70% of all illnesses in modern life are due to this one root cause. I hope my story will help others start to connect the threads and identify root causes of illness. The science is out there, but it is not yet in practice as my story, which recounts 2 ½ years of my most trying times, describes. My story has profound implications for health in modern times.

I am at long last enjoying every moment of life. Able to eat most anything I want, to walk, to think clearly and be free of pain. How lucky I was to put the puzzle together back in 2011 in a desperate attempt to save my life. Vitamin D is the master hormone of the body, and though we now spend most of our time clothed and indoors, we have never lost the need to be under the sunshine without clothes on. I wish you the best of health.

A Lifetime of Misdiagnosis: Triumph over Illness

Kindle and paperback on Amazon 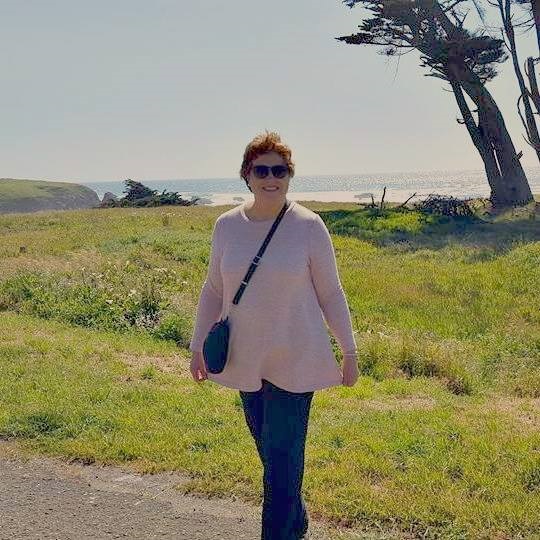