As part of the D*action questionnaire, we ask participants what level(s) of exercise they engage in for at least 20 minutes, three times a week. Categories to choose from are: none, mild, moderate or strenuous. Mild physical activity includes activities like gardening, walking or biking and may or may not break a sweat. Moderate activities will usually break a

Here are some of our findings: More than 90% of D*action participants report some level of regular exercise.

About half of the participants engage in mild or moderate activity and one third engage in regular strenuous activity.

What about exercise in relation to vitamin D? We took our data and plotted the dose response of each exercise category. The exercisers (mild through strenuous) are the green and blue lines, see how they track almost the same? The red line is the ‘none/non-regular’ grouping. Research on exercise and vitamin D

There is some published evidence that exercise may be an independent factor for vitamin D level. Here are a couple of references.

Freedman studied 1500 participants, asking each participant for a blood sample and questionnaire responses. The population was diverse – black and white, male and female, and from different latitudes – and ran for two years. If you choose to read the paper, please note they report all vitamin D blood samples in nmol/L (divide by 2.5 to convert to ng/ml).

One of the conclusions from this paper was:

“Factors that were most strongly associated with higher circulating 25(OH)D levels in the overall population were increased age, summer and fall blood collection (compared with winter collection), hours outdoors being physically active, and vitamin D supplement intake level. Factors most strongly related to lower 25(OH)D were race (black compared with white) and BMI above 25.”

Later in the paper they also state:

“The number of hours being physically active outdoors was a stronger predictor than hours outside also suggests that the character of outside time may be important. Some have suggested that exercise itself, independent of outdoor time, may affect vitamin D levels; however, our finding that indoor physical activity was unrelated to vitamin D levels does not support this hypothesis.”

In this study, 2187 adult men and women, aged 45-75, were given 1000 IU/day of vitamin D3 or placebo for one year and the response to supplementation was analyzed. Participants provided detailed information on potential factors related to 25(OH)D levels such as health, medications, sun exposure and exercise. The models used found 17 factors that contributed to 32% of the variability in baseline levels of 25(OH)D, and 8 factors that contributed to 50% of the variability of response to supplementation after one year. Moderate activity level/exercise was one of the 8 factors found to produce a larger increase in response to supplementation. One factor associated with baseline levels but not to strength of response was BMI. 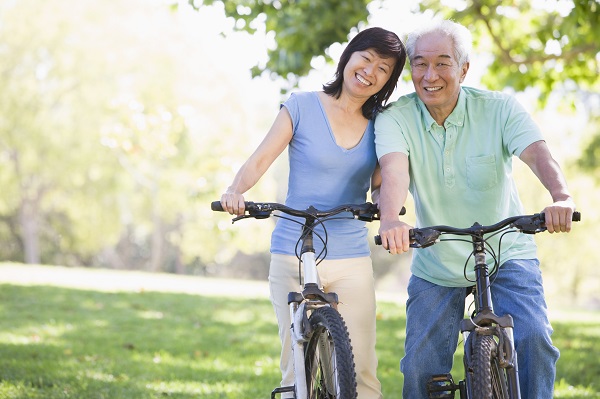