Vitamin D toxicity is a rare imbalance, usually caused by excessive vitamin D supplementation, that can lead to hypercalcemia (increased calcium in the blood), hyperphosphatemia (increased phosphate in the blood), and suppressed serum PTH concentrations, which can lead to symptoms such as vomiting, nausea, abdominal pain, fatigue, and weakness. Most cases of vitamin D toxicity have been related to supplement manufacturing and labeling errors, as well as overdosing (seen with intakes of 50,000 IU/day over an extended period of time), or over-correction of vitamin D deficiency (seen with intakes of about 77,000 IU per day over a 4-7 week period).

Should You be Concerned About Vitamin D Toxicity?

Toxicity is important to consider any time a substance is recommended or ingested at a higher dose than what is considered the norm. Currently, the Institute of Medicine (IOM) has set their recommended daily allowance of vitamin D at 600 IU, their upper intake level at 4,000 IU, and their no adverse effects level (NOAEL) at 10,000 IU per day.

However, the vast majority of the population will not reach a vitamin D level of 40-60 ng/ml (100-150 nmol/L), the range recommended by the GrassrootsHealth panel of 48 vitamin D researchers and scientists, if taking only the daily recommended amount set by the IOM. Looking at a starting serum level of 20 ng/ml (close to the population average), an intake of at least 3,300 IU per day would be sufficient for only 50% of adults to achieve a level of 40 ng/ml or greater. Some will require more; at least 4,700 IU per day would be sufficient for 90% of adults to achieve 40 ng/ml or greater. These intake levels may seem high compared to the recommendations made by the IOM, leading to concern from individuals who are not aware of the wealth of vitamin D research demonstrating its safety.

The chart below shows a plot of the vitamin D serum levels as a function of reported vitamin D intake amounts from the GrassrootsHealth cohort, adjusted to an individual weighing 150 pounds. The dotted blue line is the best fit line through the data. Shown on the figure are the percent of participants who are at or above 40, 60, and 100 ng/ml for various vitamin D supplement intake amounts. Fewer than 1% of participants have vitamin D levels ≥100 ng/ml resulting from an intake of 6000 IU/day or less, and no participants reached a level above 200 ng/ml, which is the demonstrated level at which toxicity may occur, as illustrated by the red line at the top of the chart. It is important to remember that a single dose of mid-day sunshine, known as an “erythema dose,” can produce roughly 10,000 to 25,000 IU of vitamin D. An erythema dose is used to define the amount of ultraviolet radiation, from the sun or ultraviolet lamp, which results in a slight reddening of the skin. A minimal erythema dose is defined by a pinkness of the skin about 1-6 hours after sun exposure, going away within 24 hours. There is no single erythema dose or sun exposure time recommendation, due in part to differences in skin type and other individual differences in vitamin D production.

What does this mean?

Due to the wide range of responses to supplementation, some individuals will require a daily dose greater than 4000 or even 10,000 IU/day to reach the recommended range of 40-60 ng/ml. As long as their vitamin D level is monitored and remains within a healthy range (we do not currently have any data to support any additional health benefit of having a level of 100 ng/ml or above), they should be able to safely continue to take the dose necessary to maintain that level.

Individuals with certain conditions, such as primary hyperparathyroidism, sarcoidosis, tuberculosis, and lymphoma, may be hypersensitive to vitamin D supplementation.

For more information, refer to Risk assessment for vitamin D, published by Hathcock et al. in the American Journal of Clinical Nutrition in 2007. 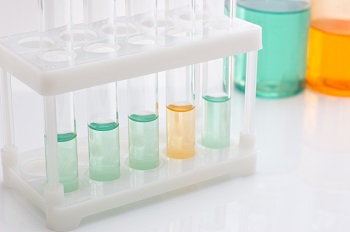