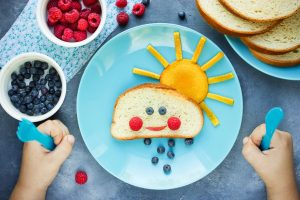 The last vitamin D myth that we addressed was the statement that the only people who should be testing their vitamin D levels are those who are considered “high-risk” for deficiency. While there are certain individuals who are considered to be of higher risk for vitamin D deficiency, based on current levels in the general population, nearly everyone could be considered “high-risk” for deficiency. Another recent post gave a detailed explanation of why the current recommendation of 600 IU vitamin D per day, along with a target vitamin D serum level of 20 ng/ml, is simply not enough for general health.

With the above in mind, perhaps you already consider the myth addressed today, that anyone can get enough vitamin D from sun exposure and diet alone, as not true. Unfortunately, it’s not uncommon to hear advice such as “you probably get enough vitamin D with about 15 minutes to the face, arms, and hands at least twice a week without sunscreen” – even from your health care providers. But, is this possible? Today we present substantial evidence to show how unlikely it is, for most individuals, to get enough vitamin D just from their daily sun and food habits.

What are the vitamin D levels of those who don’t supplement? 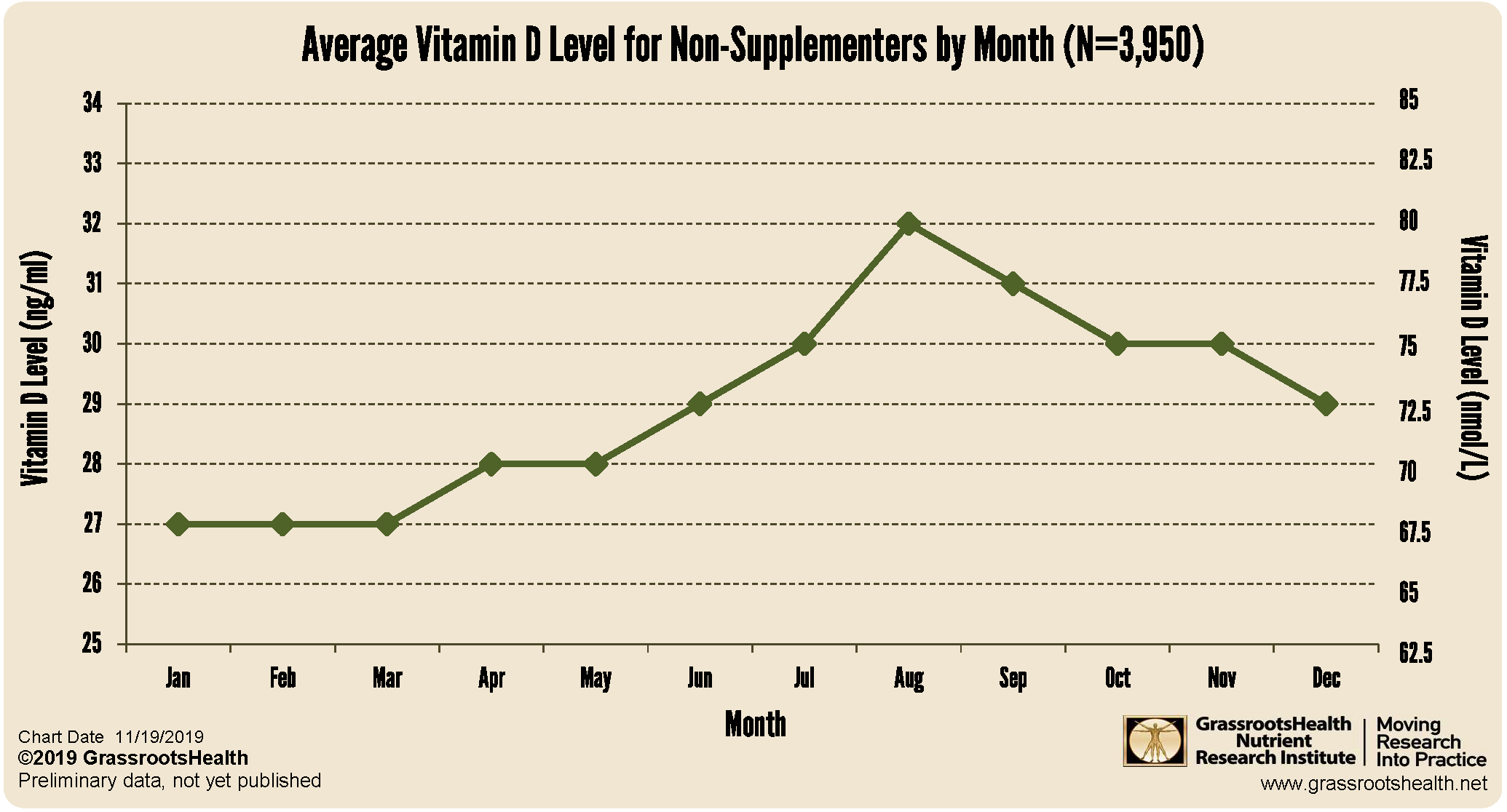 All You Need is a Few Minutes of Sun Every Day?

Some studies do show that vitamin D levels in the range of 40-60 ng/ml can be achieved with sun exposure alone, in groups such as lifeguards in southern California or hunter-gatherer tribes in Africa. However, it takes more than exposing just the face, arms and legs for only 10-15 minutes per day for most people, and many may not be able get enough exposure simply due to other factors such as skin type, burning threshold, latitude, cloud cover, and time availability. For example, results from a study published in 2018 showed that Caucasians living in the UK needed nine minutes of mid-day sun with arms and legs exposed each day from March to September to maintain a vitamin D level at or above 10 ng/ml (25 nmol/L) year-round, which is significantly below the optimal range for health. 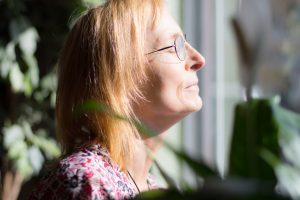 While we are on the topic, here are a few other myths about vitamin D and sunshine:

Can You Get Enough Vitamin D from Food?

In an earlier version of the GrassrootsHealth D*action questionnaire than what you see today, there was a larger section on diet. We used data from this section for 780 non-supplement taking participants, aged 16 years or older, to analyze food sources of vitamin D. This group had a mean serum 25(OH)D of 33 ng/ml, a mean age of 48 years, and 65% were female.

Neither fish nor milk – both considered traditional food sources of vitamin D – was positively associated with vitamin D serum level in this cohort. Other foods that did not seem to make a difference were butter, fruits/vegetables, olive oil, mayonnaise, cream cheese, or sour cream.

In the past, we did feature a profile of a D*action participant who has shown that it is possible to get enough vitamin D to maintain good health from food alone, but you will see that she does not have a typical western diet. While certain food sources can contribute significantly to vitamin D status, it is likely that vitamin D supplementation will remain key to improving vitamin D status at a population level.

Putting it All Together

In conclusion, while it is possible to get enough vitamin D from sun and food alone, as demonstrated by groups such as lifeguards in Southern California, or others who eat a very strict diet, it certainly is not likely for most.

Don’t just assume you are getting enough vitamin D!

Testing your vitamin D level regularly and taking steps to keep it at a target level of 40-60 ng/ml (100-150 nmol/L) is important for all stages of health.

Do You Have Enough Vitamin D to Support a Healthy Immune System?

GrassrootsHealth Nutrient Research Institute is preparing to do a Community RCT with the use of our myData-myAnswers nutrient health system that over 15,000 people are already using for their health. We will demonstrate how one can use the Nutrient Research Model established by Dr. Robert Heaney to establish the effect of vitamin D serum levels of at least 40 ng/ml (100 nmol/L) on risk reduction with different ethnicities in the population. Please let us know if you’re interested in helping sponsor this project.