Today we bring you another perspective on how a life with multiple sclerosis (MS) can be improved with vitamin D. Three years ago, GrassrootsHealth checked in with Dr. Barbara M van Amerongen DDS, PhD on her personal experience and case study with MS and vitamin D. Below is a summary of her findings with an update on her latest interventions. Dr. Barbara M. van Amerongen received her dental degree from the University of Amsterdam in 1974 and earned her PhD in 1985. At the University of Amsterdam, she was working at the Department of Preventive Dentistry; in addition she had her own part-time dental practice. In 1990 she was diagnosed with multiple sclerosis (MS), the symptoms having started around 1975. In 1997 she closed her dental practice, due to MS-related fatigue. She joined the Department of Molecular Cell Biology and Immunology, Amsterdam UMC, part of the MS Center, to study MS and Vitamin D. This resulted in two papers (van Amerongen et al., 2004 and Kragt et al., 2009). These papers led her to test her hypothesis, that vitamin D aids MS, on herself. In 2012, she published the findings of her self-case study, Effect of High-Dose Vitamin D3 Intake on Ambulation, Muscular Pain and Bone Mineral Density in a Woman with Multiple Sclerosis: A 10-Year Longitudinal Case Report (van Amerongen and Feron, 2012).

Ambulation was the key patient related outcome measure. The walking distance increased, as vitamin D levels increased, from 1 to 14 km/day. Muscular pain decreased, as vitamin D levels increased. She stopped using a painkiller (Paracetamol). Even after a long walk, she no longer suffered from muscular pain, whether calf muscle pain or nocturnal leg cramps.

Unfortunately, her serum PTH level did not reach the lower limit of its normal reference range and her BMD decreased. She was diagnosed with osteopenia in 2009.

No adverse events including hypercalcaemia, nephrolithiasis or fracture, were observed. Serum calcium levels remained within the normal range. In January 2009, a scan with a sonographer revealed no renal calculus (kidney stones) after eight years of vitamin D supplementation. Additionally, no hypercalciuria was observed.

My paper discusses vitamin D resistance, the blunted parathyroid hormone (PTH) response, and ways to reduce the serum PTH level as found in the literature.

Vitamin D Deficiency & Vitamin D Resistance
Since the case study, I have increased my vitamin D3 intake from 150 mcg (6000 IU) to 250 mcg (10000 IU)/day. In addition I take magnesium instead of calcium supplements, as well as omega-3 (EPA/DHA), boron, resveratrol, vitamin B2 and K2. Fig. 1. A diagram depicting vitamin D metabolic and signaling pathways and genes encoding key players (A-H in blue). For interpretation of the references to color in this figure legend, the reader is referred to the web version of this article. D.A. Jolliffe et al. / Journal of Steroid Biochemistry & Molecular Biology 164 (2016) 18-29 19

With a vitamin D3 intake of 10,000 IU/day I’m taking enough to nullify my vitamin D deficiency: a vitamin D level above 60 ng/ml, but I’m clearly not taking enough vitamin D3 to overcome my vitamin D resistance: a PTH level around the lower limit of its normal reference range as necessary according to the Coimbra Protocol (CP). A higher intake of vitamin D3 requires a CP doctor, the daily intake of 2.5 liters of water, a calcium free diet, daily exercise to prevent bone loss and stress management.

If you have an autoimmune disorder: Test your vitamin D, Calcium and PTH levels today.

Van Amerongen publishes a web site with a FaceBook page (Vitamin D and MS) where she collects news on Vitamin D and MS, gives an overview of the ongoing clinical trials with Vitamin D in MS, and presents a growing number of researchers, including neurologists, interested in vitamin D and MS. There is also an outreach to Dutch people with MS.

To help you track your vitamin D intake, status, and that of other nutrients, GrassrootsHealth has created an online tracking system called myData-myAnswers. This will help you know how your supplementation and intake may be affecting you and impacting your health. Check it out today!

Understanding the Balance between Magnesium, Calcium and Vitamin D 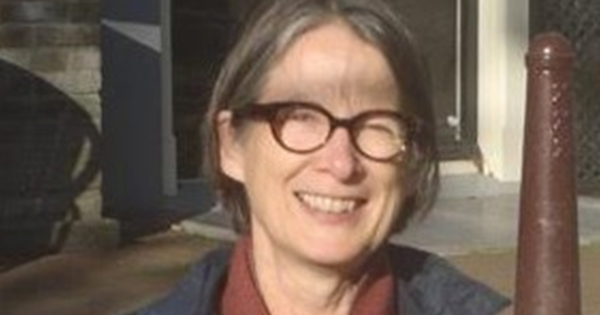